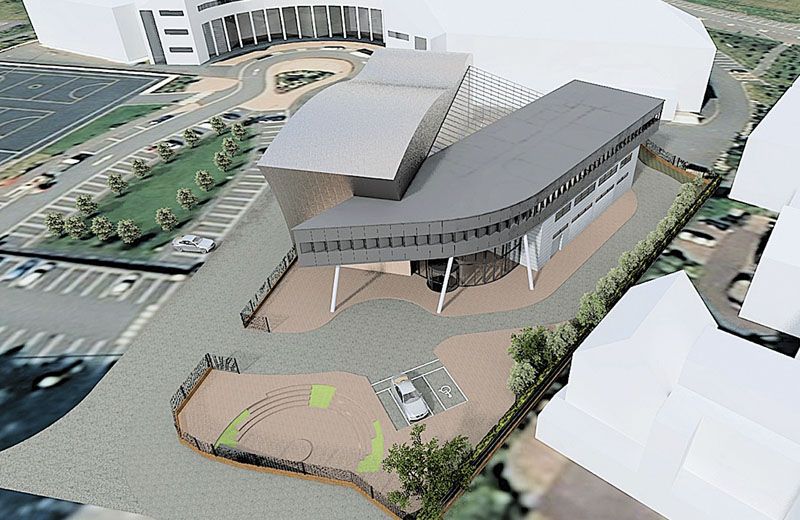 EDUCATION bosses have angrily refuted claims that Bangor's coming theatre couldn't be built because its planning permission had lapsed.

The South Eastern Regional College (SERC) scheme to build a £12m theatre hit provincewide headlines recently because of accusations that they'd left it too late to start construction.

Pointing to information on a Planning Service website, North Down councillor John Barry claimed that the relevant planning permission was valid from 2008 to October 23 last year – meaning it ran out the day before Employment Minister Stephen Farry announced that funding for the theatre and performing arts centre was finally ready.

Mr Barry branded the issue 'a fiasco' and 'a huge embarrassment for the Department for Employment and Learning (DEL) and the Department of Environment, who clearly were not communicating with one another'.

But now Mr Farry's hit back, maintaining that SERC's planning permission is valid and the curtain will rise on the theatre as planned.

The Employment Minister and North Down MLA explained that permission was granted in November 2008 for five years, with the condition that construction work must begin during that time.

SERC carried out some work on what will be the theatre's car park in 2009, the minister explained, which fulfils that condition – and that should mean there's no time limit on the rest of the scheme.

"SERC had sought advice from the Planning Service that this construction provided sufficient evidence of the commencement of development in accordance with the approval and secured the Planning Permission without time limits," Mr Farry said.

"The college assured my department that planning permission never expired as all work commenced on time and all conditions had been met to claim lawful commencement."

Mr Farry added that planning officials have inspected the site to confirm that work began as agreed, and that his officials will be providing formal evidence that work began in 2009 to the Department of Environment.

"I look forward to the economic, social and skills benefits the new centre will bring to Bangor, North Down and indeed Northern Ireland," he added.

"I was very disappointed to hear this has been made an issue of public debate.

"I was a member of the Board of Governors of the North Down and Ards Institute in 2006 when the plans for this centre were drawn up.

"The planning application was considered in detail and I was involved in consultation with the residents of the apartments. As a result of these consultations the centre was relocated away from the apartments and a number of other amendments were made to accommodate the objectors.

"It is therefore disappointing that some rather frivolous objections are now being raised against this much needed facility which will provide state of the art accommodation for students and be available for the use of local community and arts groups.

People in this conversation